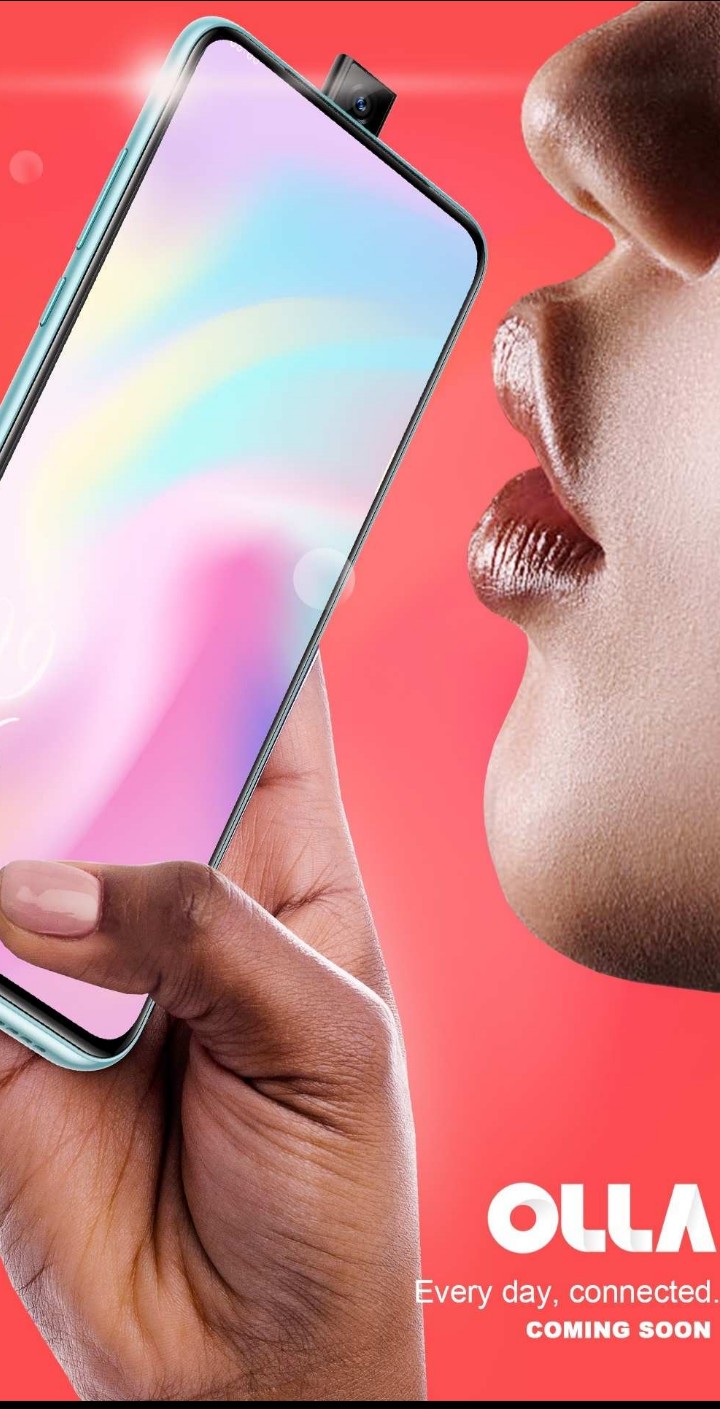 If you’re a regular user of Opay mobile app both on Android and iOS, you will have come about advert of a new phone from the company known as Olla.

Well, for now, we don’t know OPay end game either they are diving into smartphone production this year or they are partnering with an existing phone brand so as to launch a branded phone of their own.

However, we know that Opay would be launching its first-ever device known as Olla very soon. The device is expected to come with a Pop Up front-facing Camera and a triple camera at its rear side.

Olla is a smartphone design for the mid-range android market, with triple rear cameras and pop up front-facing selfie camera. The full spec of the smartphone has not been unveiled but it is reported that the device would be coming with 4GB RAM + 32GB onboard storage and run on Android 9.

Just like I mentioned, the full specs of the device is yet to be available to the public but once we have it, it will be shared with you. As we wait for the full specs, tell us what you think about this in the comment.