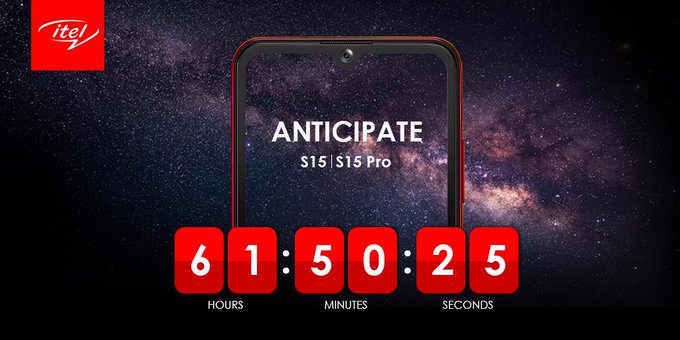 Itel Mobile previously announced that Itel S15 and S15 Pro would be available for purchase right from August 25, 2019, but that seems not have happened as the devices are yet to make a public appearance up to the time of filing this post.

The two upcoming devices, Itel S15 and S15 Pro from Itel Mobile suffered delayed due to customs clearance as claimed by Oke Umurhohwo, Itel Mobile, Marketing Communications Manager (West Africa) in a chat with me.

The itel S15 would be the first of its kind to come with the Gallery Go app out-of-the-box. The device comes as an upgrade to the itel S13 that was released in 2018. Gallery Go is a small-sized (8.9MB) app that comes with exciting features like the automatic organization of photo for easy accessibility, an “Auto Enhance” edit feature, and offline support (uses less data).

The S15 is packed with 1GB RAM and 16GB ROM while the S15 Pro is packed with 2GB of RAM and 16GB internal storage, both powered by SC7731E Quad-core 1.3GHz processor. The S15 houses a 3000mAh big battery with AI Power Master, as well as face unlock and fingerprint sensor to protect your privacy. The AI Face Beauty 3.0 gives a major upgrade on the way to shoot. The AI algorithm identifies your facial features, skin tone and lighting environment to add beauty effects tailored to individual facial features.

Quick features of the Itel S15 and S15 Pro

These are the features expected in the Itel S15 and S15 Pro smartphones.