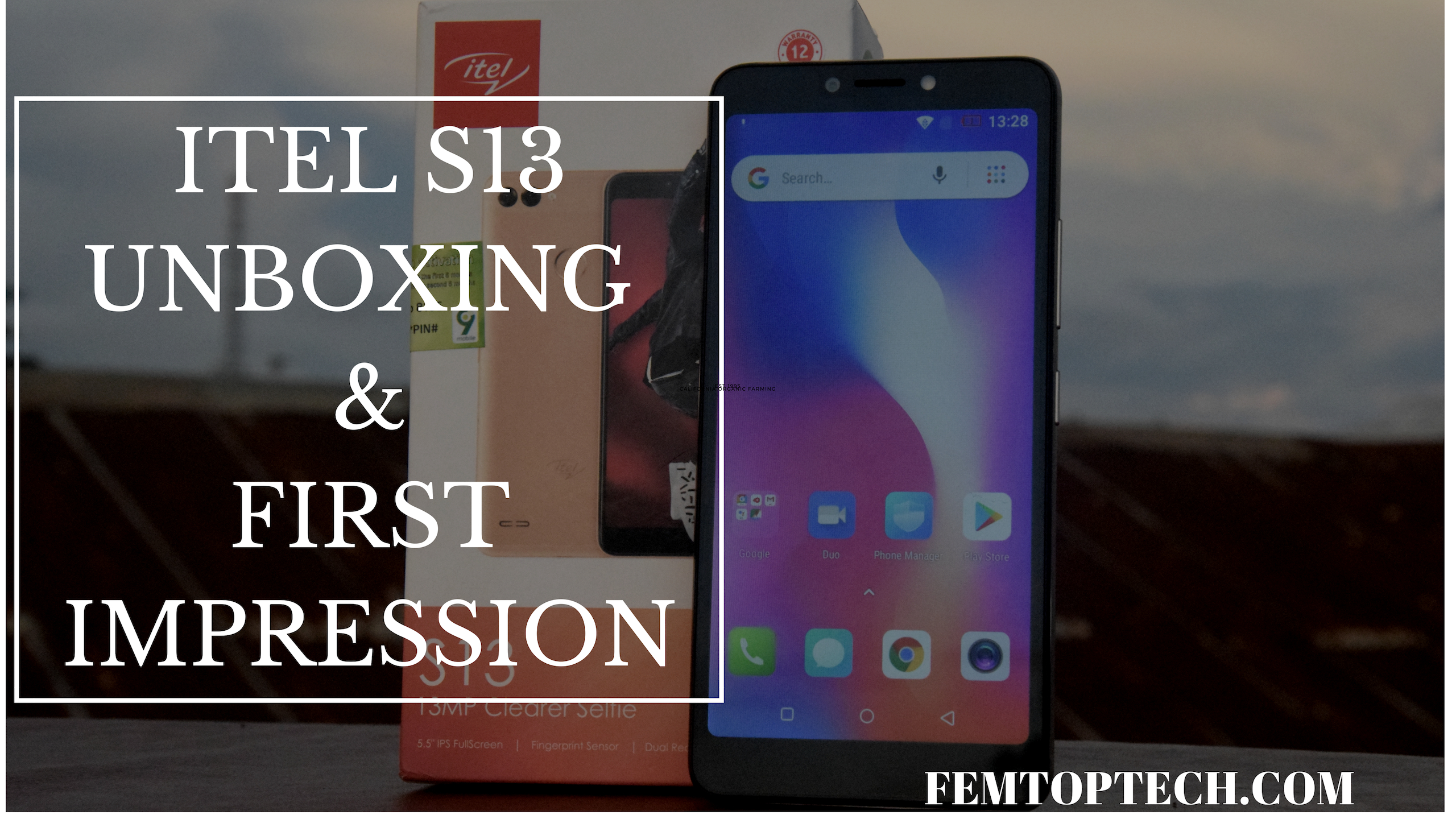 A new child has been born to Itel Mobile S-series family and I heard that her named is Itel S13. The new Itel S13 is now the sixth child of the S-series smartphone which come with a very unique features. This is the first of its kind in Itel S-series smartphone to have come with Android Go Operating System, which made it to be the fifth smartphone from Itel Mobile to run the special operating system for low-range devices from Google.

Yes, fifth. The journey of Itel Mobile to Android Go program started with the launched of Itel A32F earlier this year and later seen on P32, A15, A22, and now, we have it on Itel S13.

Itel Mobile was kind enough to have sent a unit of the Itel S13 a week ago for a deep feature highlights overlook. So, in this article, I shall be unboxing the device, Itel S13 and also dropped my first impression.

Itel S13 Specifications At A Glance 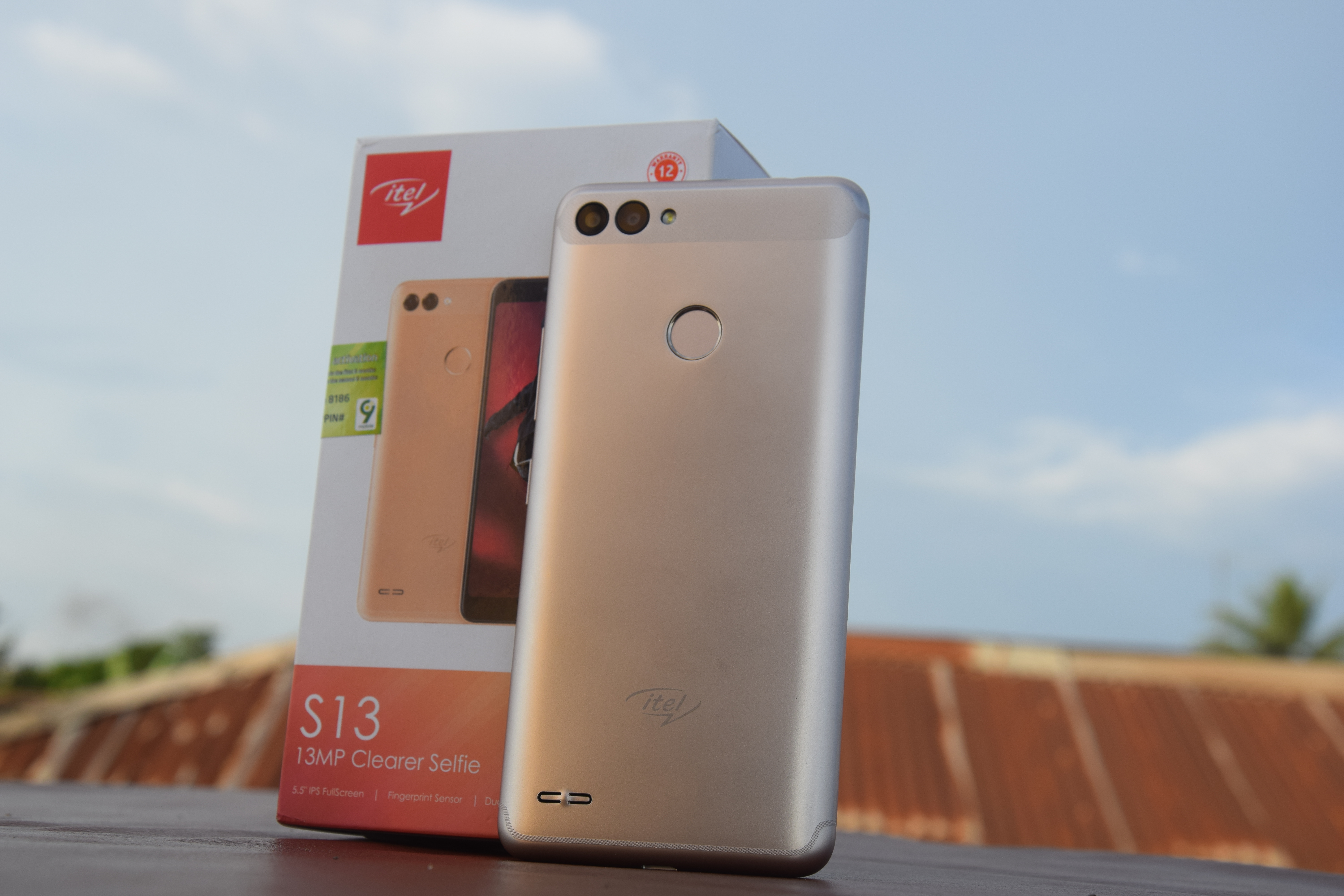 The box which housed the Itel S13 and its accessories looks so much like the other latest released from Itel Mobile. If not looked closely, someone might mistake it for another smartphone, especially the Itel P32.

As usual, the device also comes with mouth-watering data offers which can be found on the left side of the box. The data offer gives you FREE 1.5GB of data and 150% double data for the period of 6months from 9mobile.

But what’s inside the Box?

To open the box, you have to pull the top upwards to reveal its contents and once that is done, you will be greeted with another small red box and opening this small box, you will  be greeted with the Itel S13 and after then, you will see its other accessories inside the box, which are: 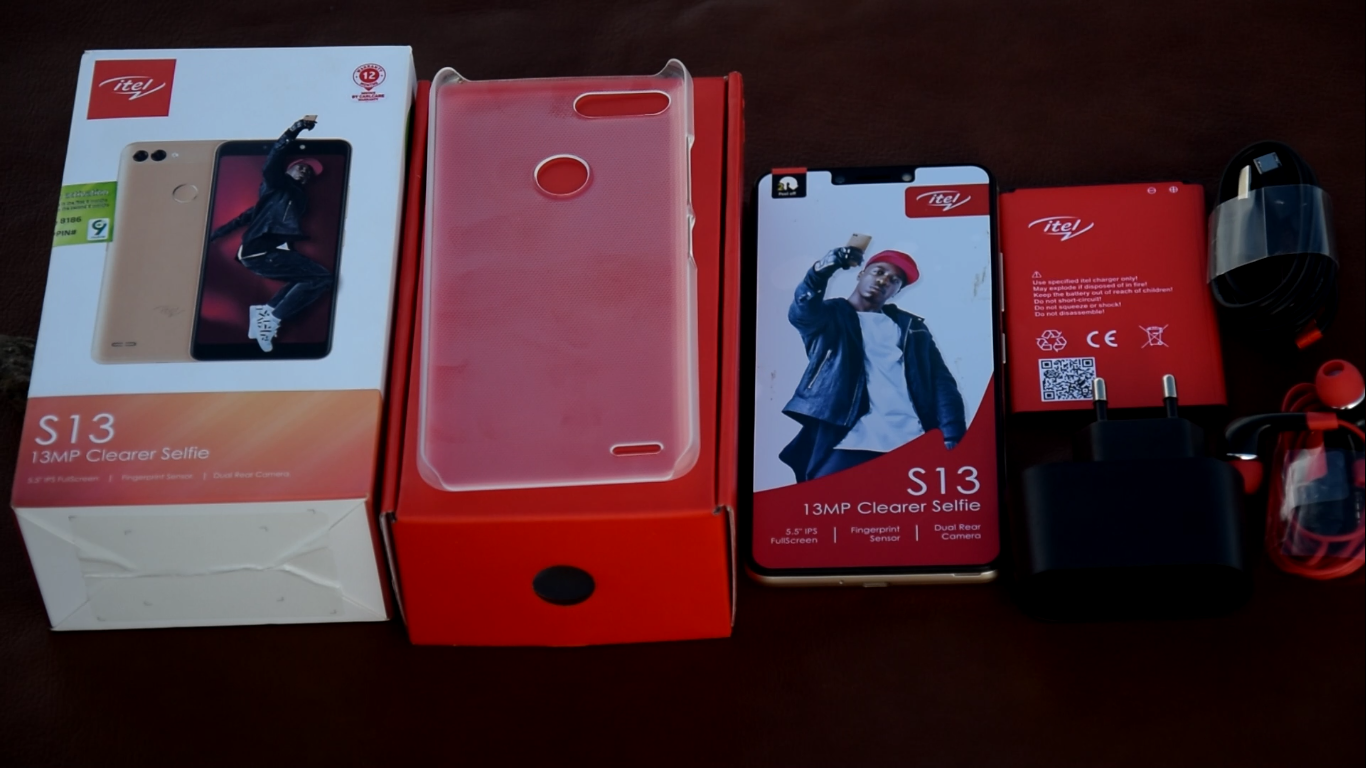 – A pair of earphones

And as usual, the device comes in three colors – Champagne Gold, Midnight Black and Bordeaux Red). Here with me is the Champagne Gold looking breathtaking.

When I held the Itel S13 for the first time, the Itel P32 comes to my mind because they look much a like. The screen, cameras, fingerprint and speaker are in same position. Well, a quick review of the Itel S13 revealed that comes with a 5.5-Inch IPS 18:9 Full screen display and screen resolution of 480 x 960 px and has 16M color. 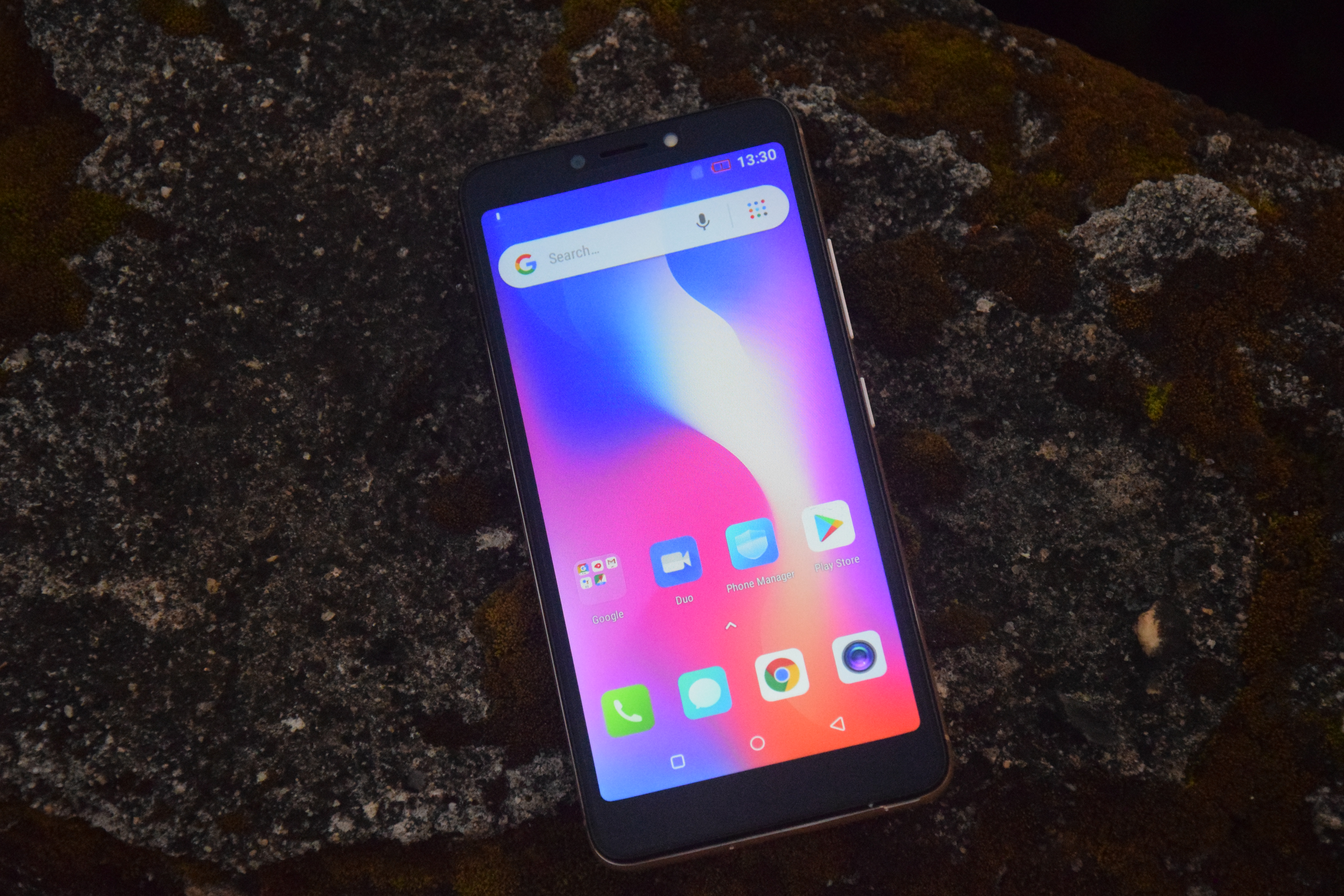 On the top of the screen, we have a 13MP front facing camera with LED flash and speaker. 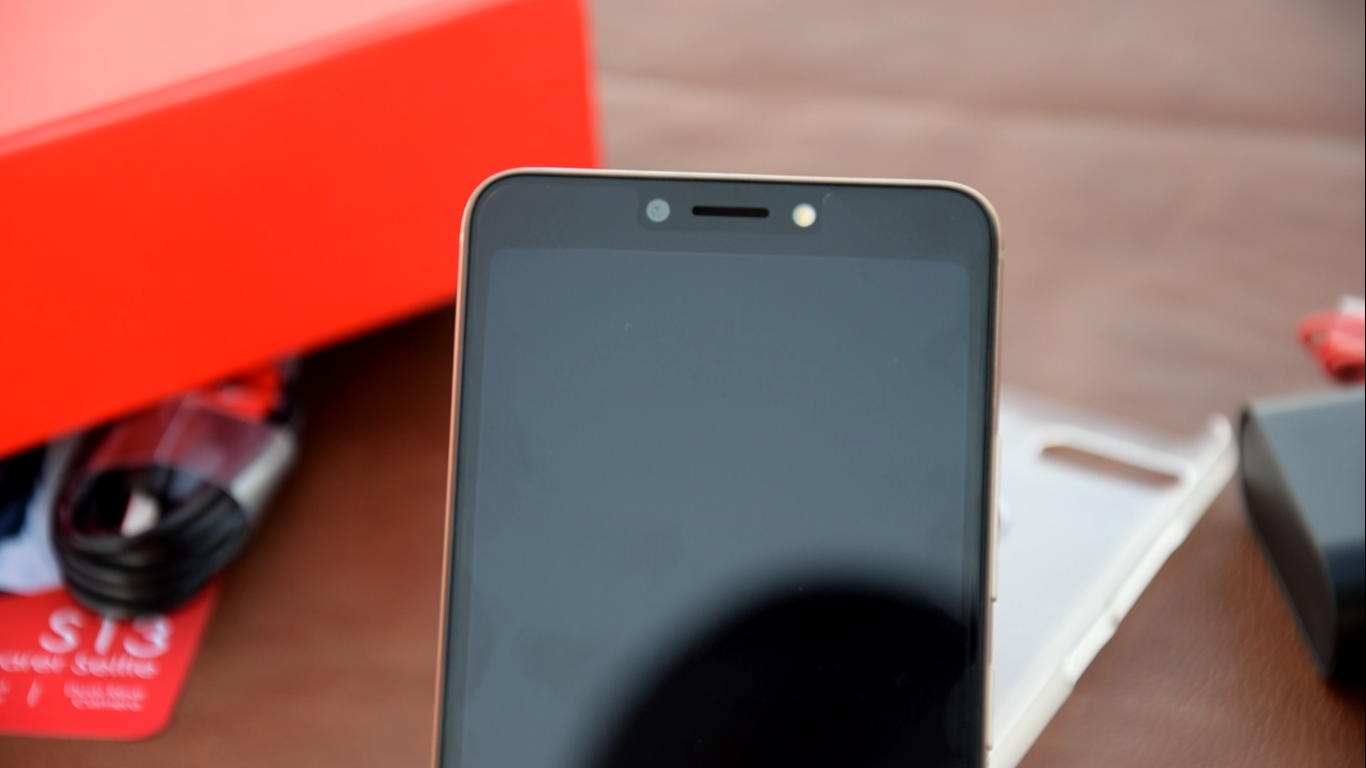 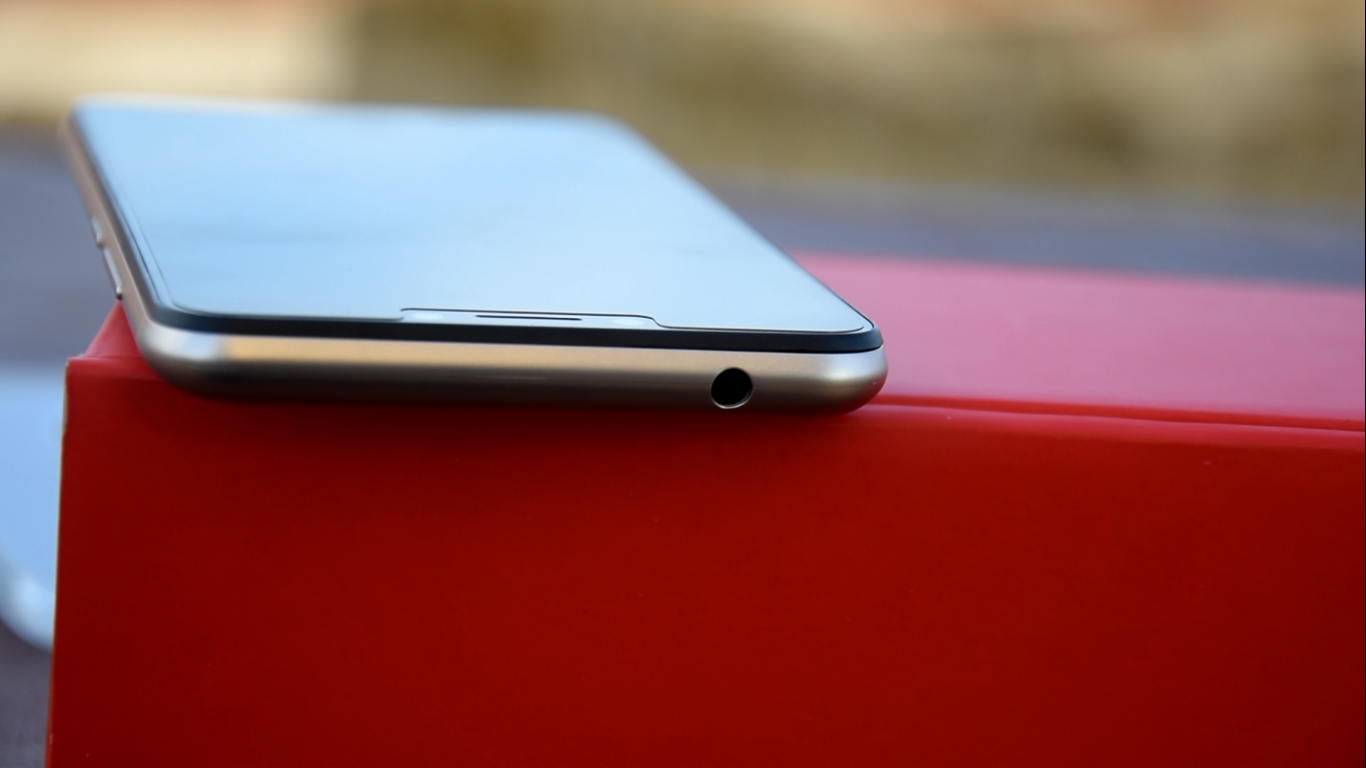 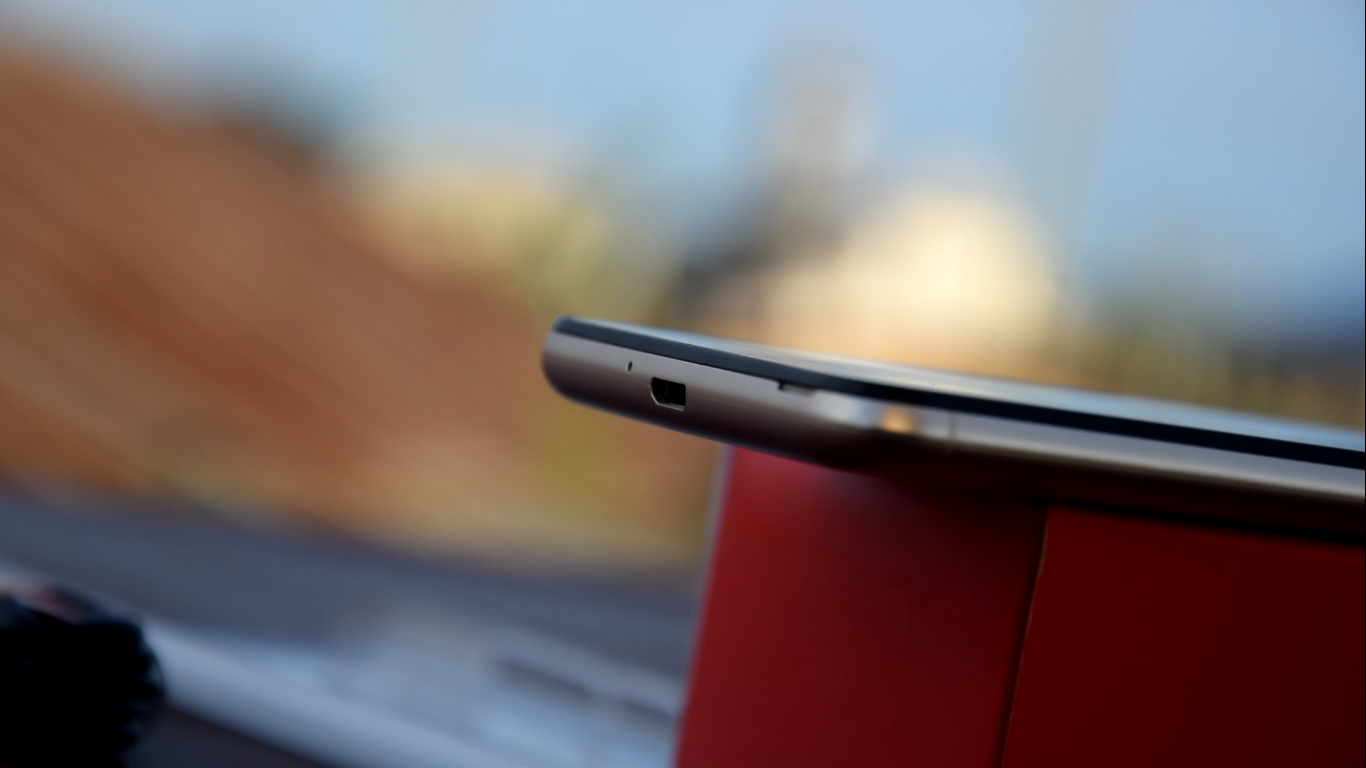 On the right side of the device, we have the power button and the volume rocker. 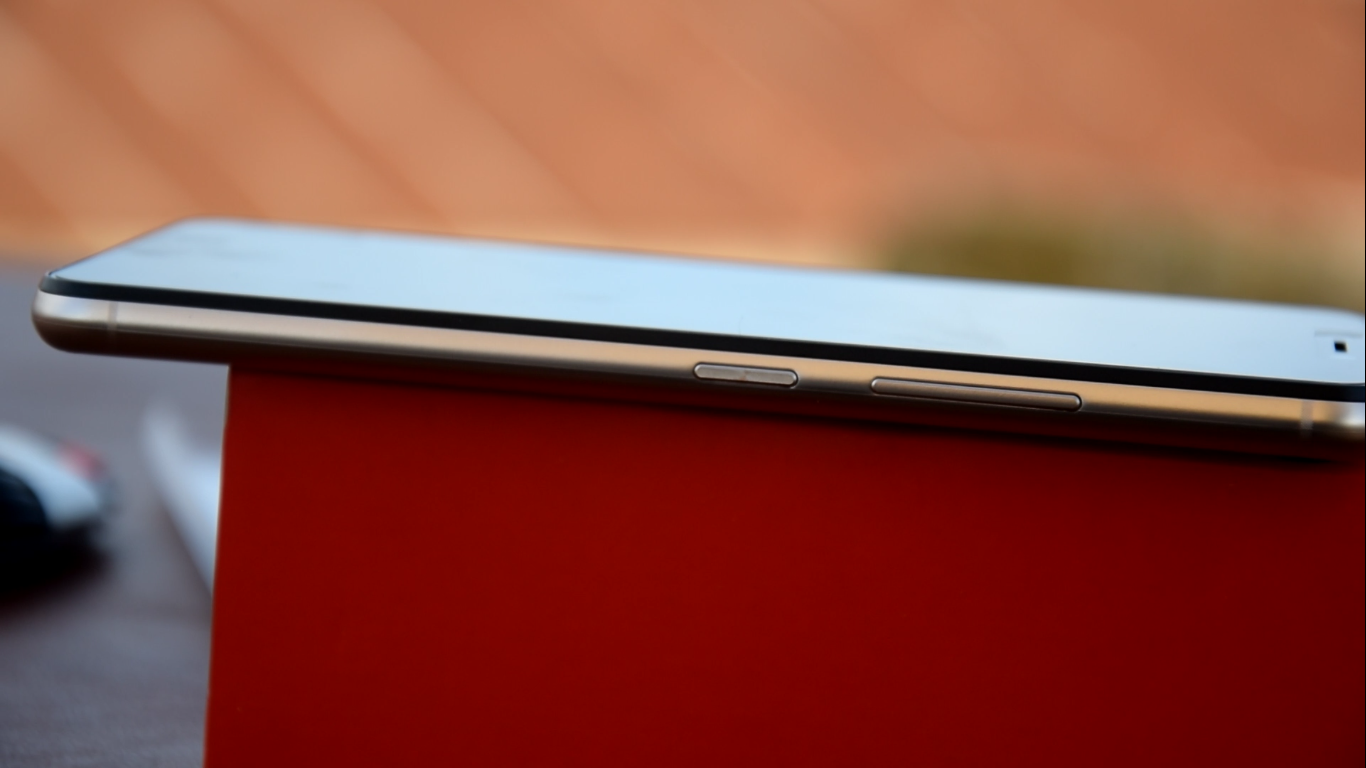 Flipping to the back, we have a dual 5MP rear cameras and LED flash. Underneath, we have the Fingerprint, which is positioned at the appropriate position. 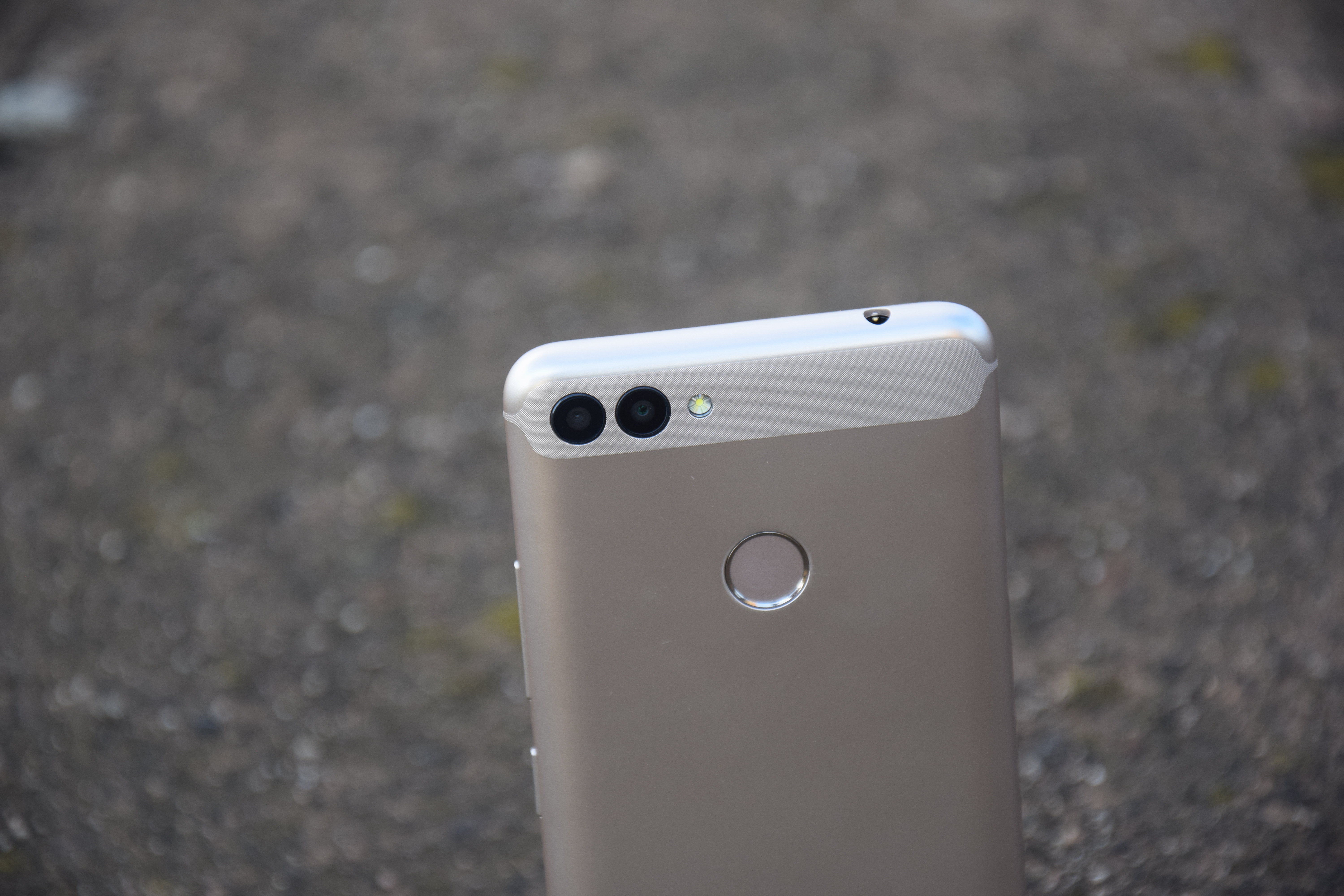 A brief look at the software and the performance of the device also revealed that the smartphone is powered by a Quad-core 1.3GHz processor with 1GB of RAM, 8GB internal storage, running on Android 8.1 (Go Edition), all backed on a 24000mAh battery. 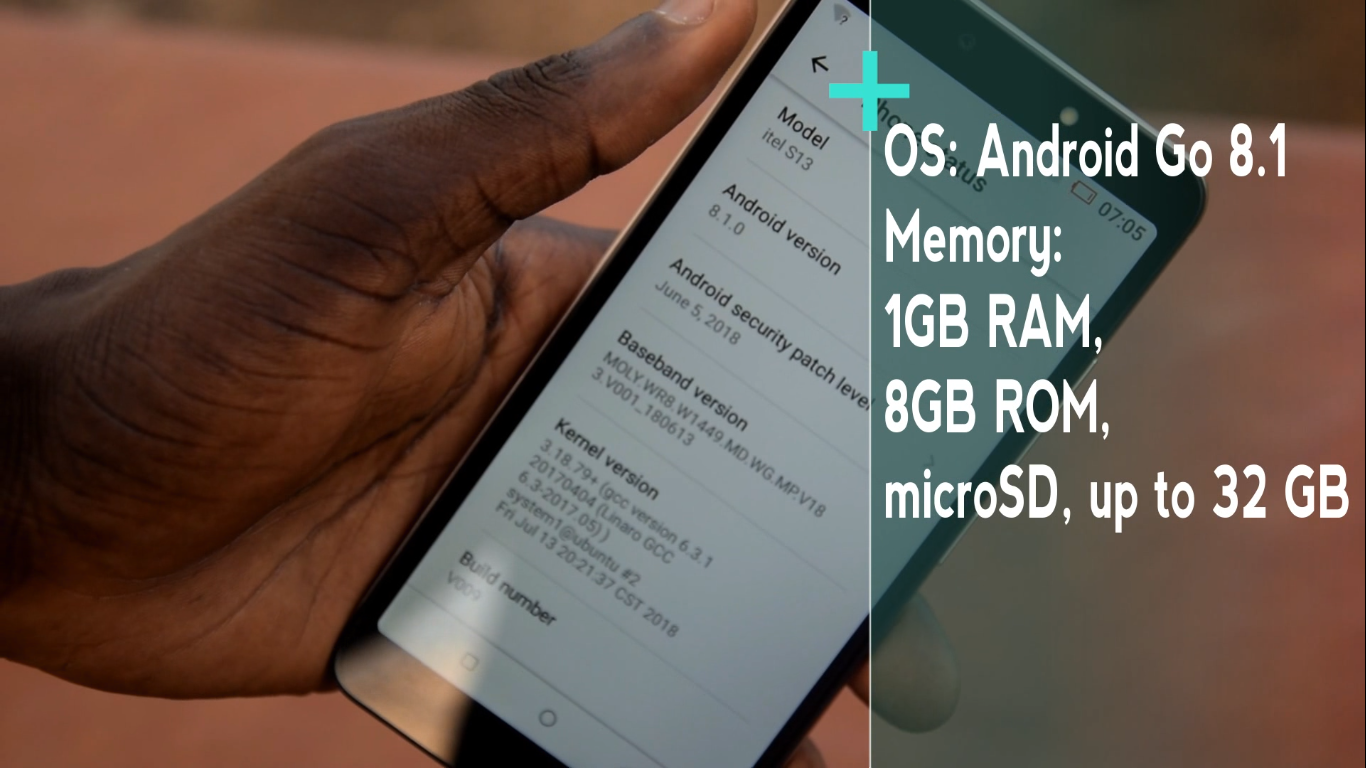 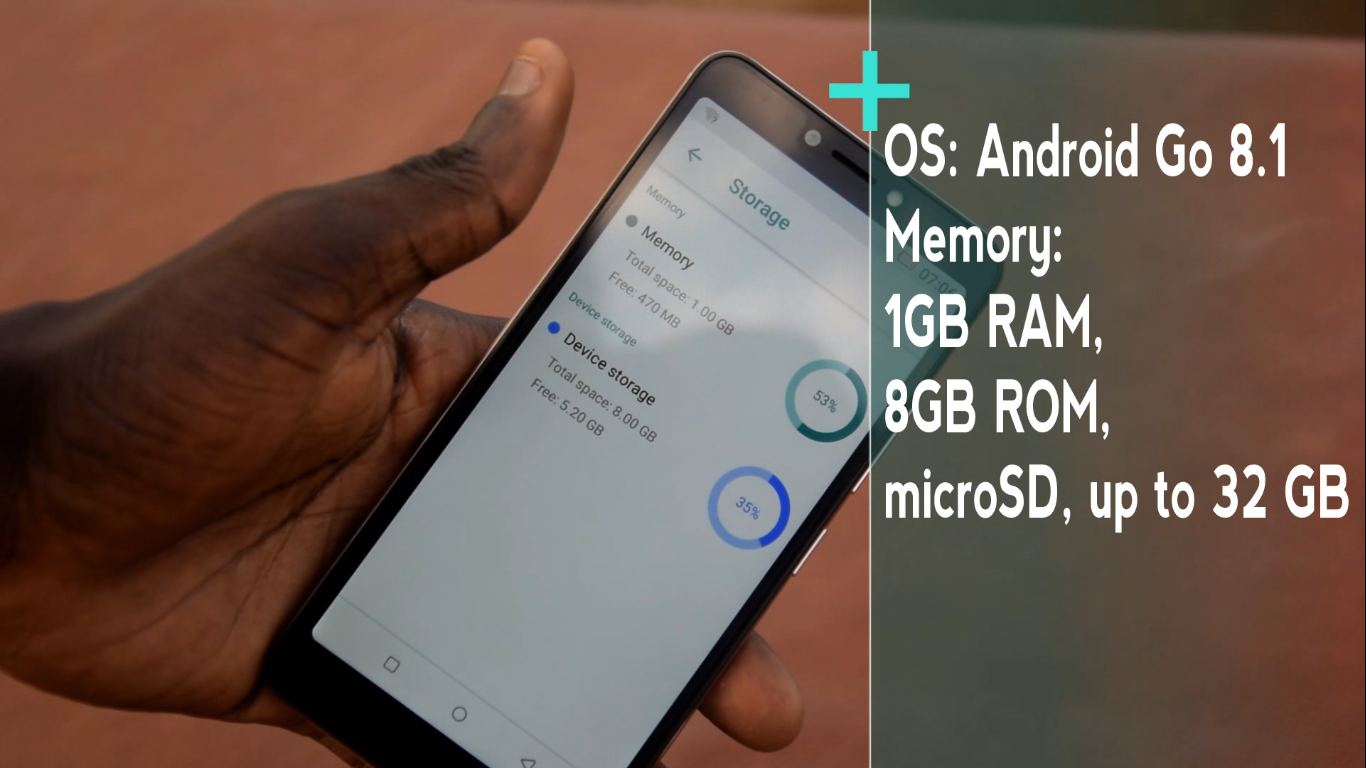 The mobile OS will smoothen the phone’s usage to give a fast experience to the user. The pre-installed apps; Google Go, YouTube Go, Google Maps Go, Gmail Go which have smaller app size, consume less space, as well as consumer less data will play a big role to optimize the performance of the phone. 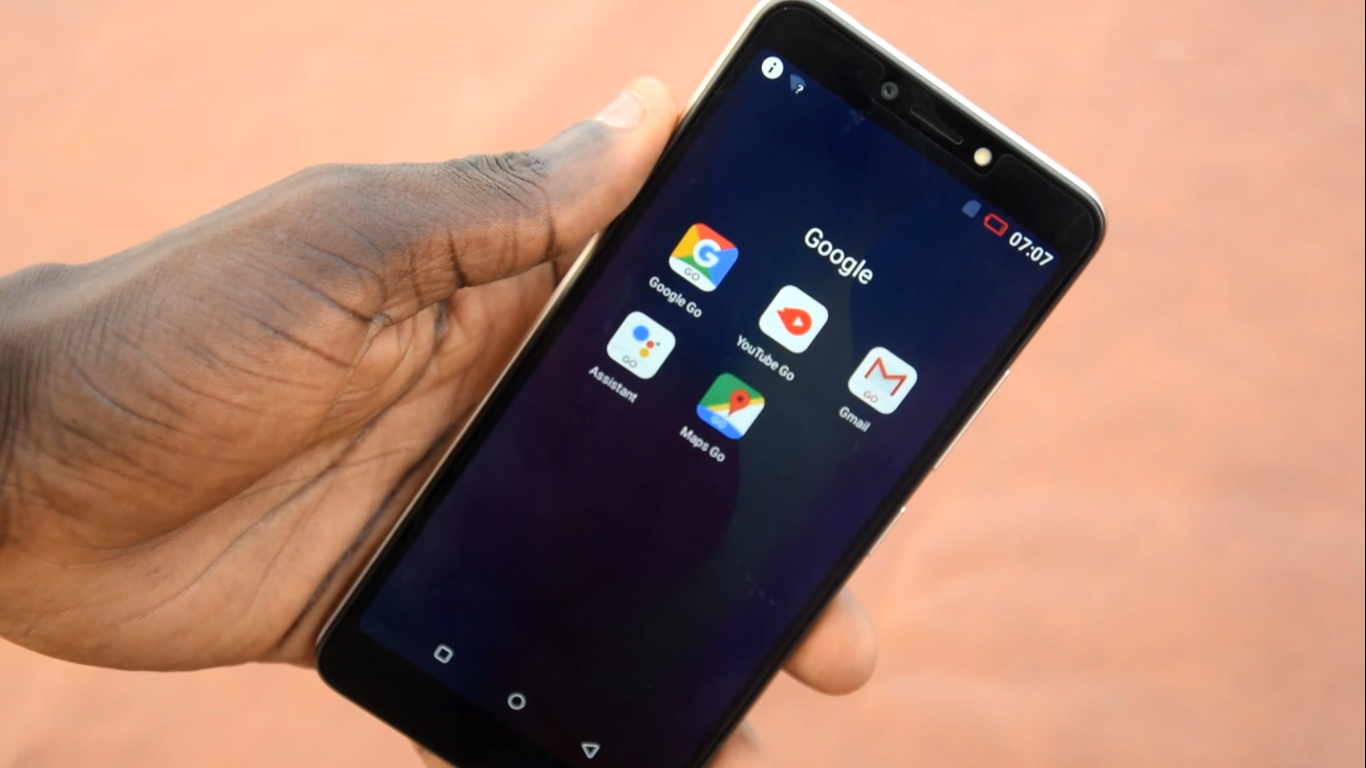 I also observed that the devices packed a sleek body which measures 8.mm and a plastic build finish with curved corners.

The back cover is removable and so is the battery therein. The dual SIM slots are hidden in there, as is the microSD card slot for expandable memory.

With all these features and specifications, the Itel S13 goes for economic price of N23,800 and is available both online stores and offline stores nationwide.