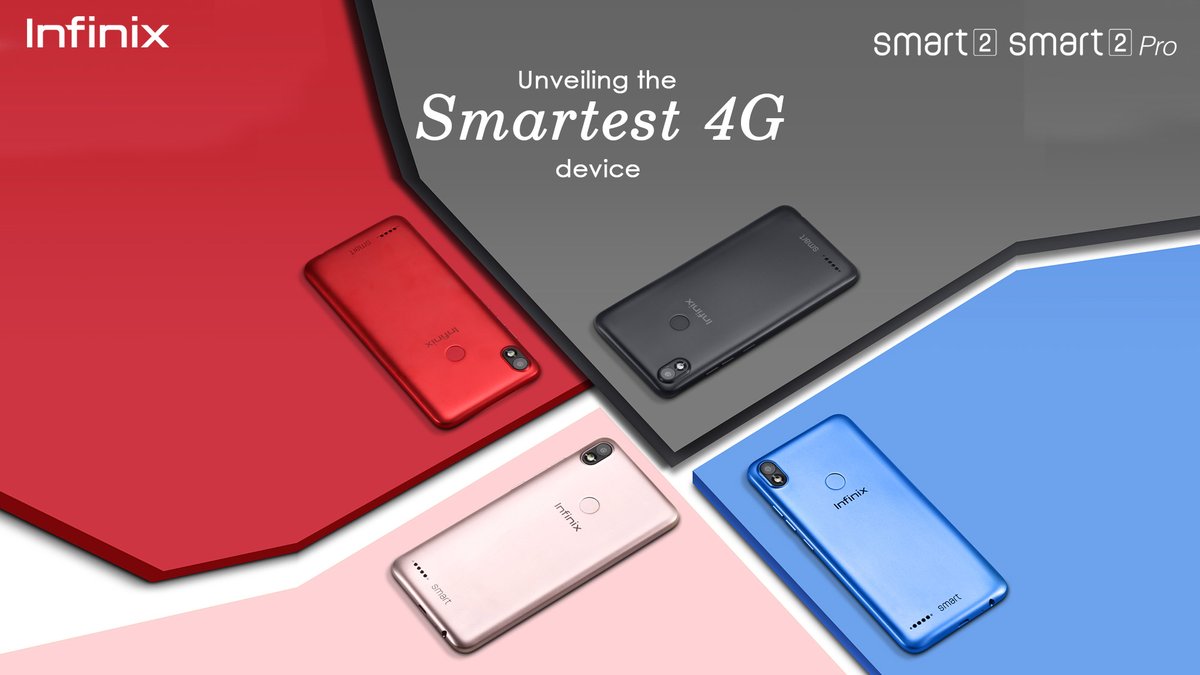 After several weeks of teasing and speculations, Infinix Mobile has today launched Infinix Smart 2 and Smart 2 Pro here in Nigeria. The two devices are the successor to Infinix Smart smartphone released a year ago. Now, we have Smart 2 and Smart 2 Pro which the company’s claims that it comes with an elegant and beautiful body design alongside intelligent software and pocket-friendly price tag. 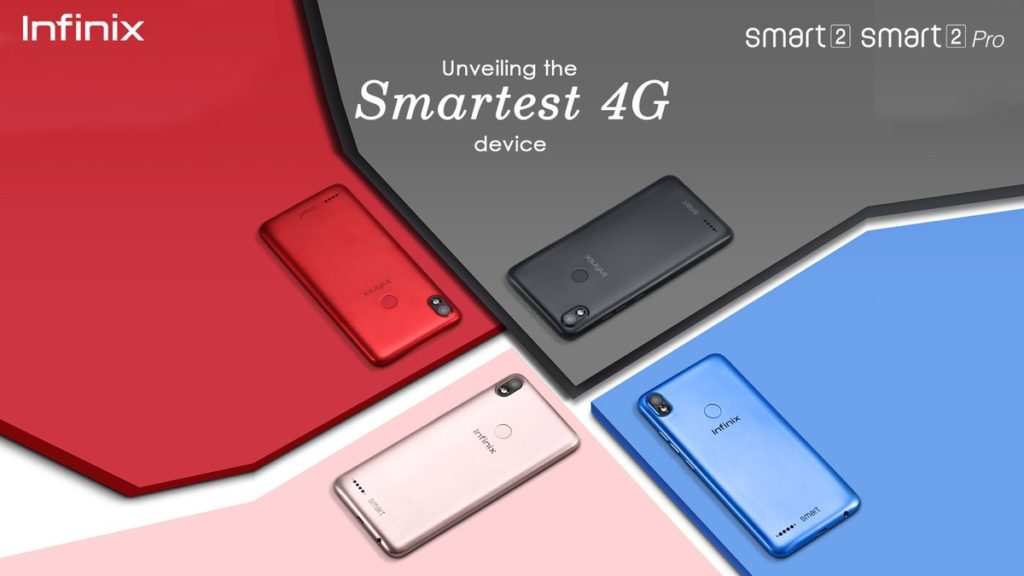 Infinix Smart 2 | Smart 2 Pro both boasts a 5.5-inches HD+ with 720 x 1440 pixels and 18:9 screen aspect ratio. The front screen is protected by the 2.5D curved glass with a selfie snapper on the top while the bottom has less bezel with on-screen navigation buttons.

READ ALSO: Do you want to enjoy FREE 2GB of data and 100% data bonus for 6 months from 9Mobile? here’s how to get it

Camera wise, the Infinix Smart 2 and Smart 2 Pro both come with a dual rear camera of 13MP and 2MP lenses which shoot sharp photos with quality image resolutions. The camera is also equipped with features like Geo-tagging, touch focus, face detection, auto-HDR and it can record full HD videos as there’s also a dedicated LED flash. Moving to the front, the device has an 8MP front-facing camera with an LED flash as well, and it also has HD video capability.

The Smart 2|2 Pro gives you the most sophisticated of security options: Face ID and Unique Fingerprint sensor. Now, you can unlock your phone in a few seconds by just staring at it. Indeed, it’ll be an experience to tell.

This time around, Infinix does not bring Android Go or Android one to the Smart 2|2 Pro but instead, the device is powered with Infinix customized UI XOS 2.2 alongside Android v8.1 Oreo. It has a downgraded 3050mAh battery capacity compares to its predecessor that has 3060mAh battery capacity.

Network connectivity wise, the Smart 2|2Pro supports dual 4GLTE which the company claims that it redefines your browsing experience and make you enjoy a smarter internet experience. It also supports Wi-Fi 802.11 b/g/n, Wi-Fi Direct, and Hotspot for wireless connections.

The two devices are coming in three smart colours: Sandstone Black, Bordeaux Red, and Serene Gold. The Smart 2 and Smart 2 Pro are already available for purchase here in Nigeria. According to Jumia, the Smart 2 with 1GB+16GB goes for N33,500 while Smart 2 Pro with 2GB+16GB goes for whopping N43,500.