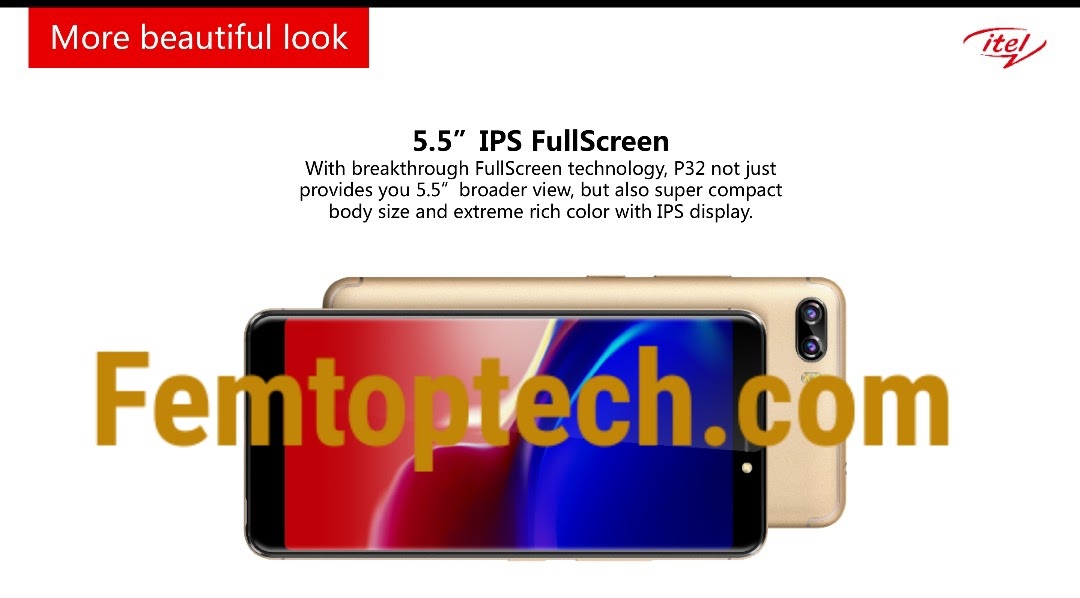 Alongside Itel A32F, Itel Mobile is also preparing to launch its first ever device with 18:9 Full Screen or Full View Or Full Vision display here in Nigeria. The device which the full specification is yet to be available has been leaked to be Itel P32. 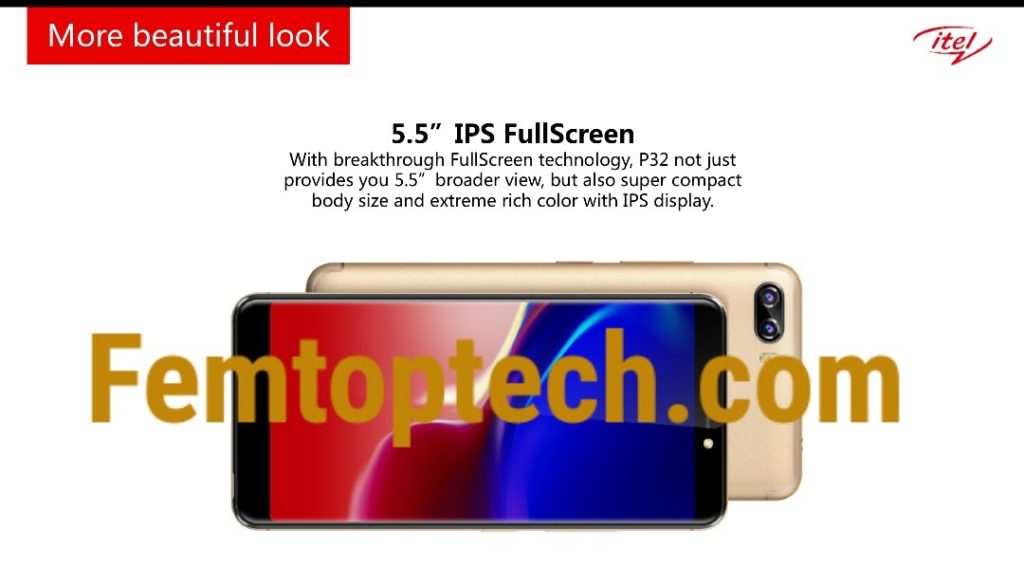 The Itel P32 would be the successor of P31 that was launched late last year and it will sports a 5.5 IPS FullScreen which will not only provide you a broader view but also super compact body size and extreme rich color with IPS display.

Apart from the Full View Display, the device is also coming with a dual camera at the rear which is something that I haven’t seen in any of the Itel devices so far. The full details of what would house the dual camera are yet to be known.

Words on the street also suggest that the Itel P32 might come with the same specification of Itel S42 that was launched in India some week ago. Speaking of the Itel S42, the S42 is itel flagship device for the year which runs Android 8.0 Oreo, and sports a 5.65-inch HD+ (720×1440 pixels) IPS display with a 2.5D curved glass, 18:9 aspect ratio, and a pixel density of 285ppi, support dual-sim (Nano).

It is powered by a 1.4GHz quad-core Qualcomm Snapdragon 425 coupled with Adreno 308 GPU, and 3GB of RAM with 16GB of internal storage that is expandable via microSD card (up to 128GB).

The Itel P32 is expected to be launch next month somewhere in Nigeria. The post would be updated when we have more details about the device.