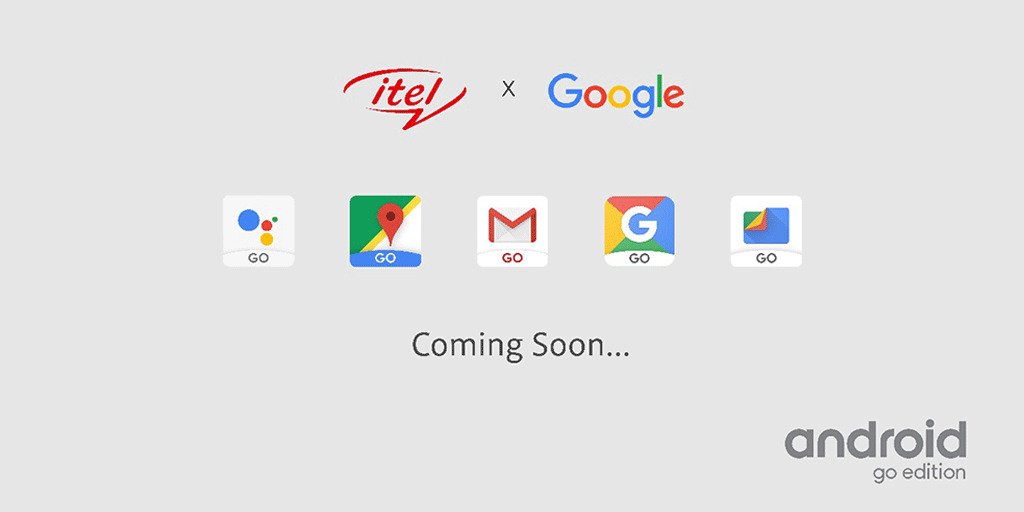 Towards late last year, Google announced that they are working on a new version of an Android operating system known as Android Go which is built specifically for entry-level or low-end smartphones with RAM size of 512MB or 1GB.

Just some days ago, the Android Go go official at this year’s MWC being held at Barcelona. Nokia 1, ZTE Temp Go and Alcatel 1X are the three first smartphones to be powered by the newly Android Go OS by Google. 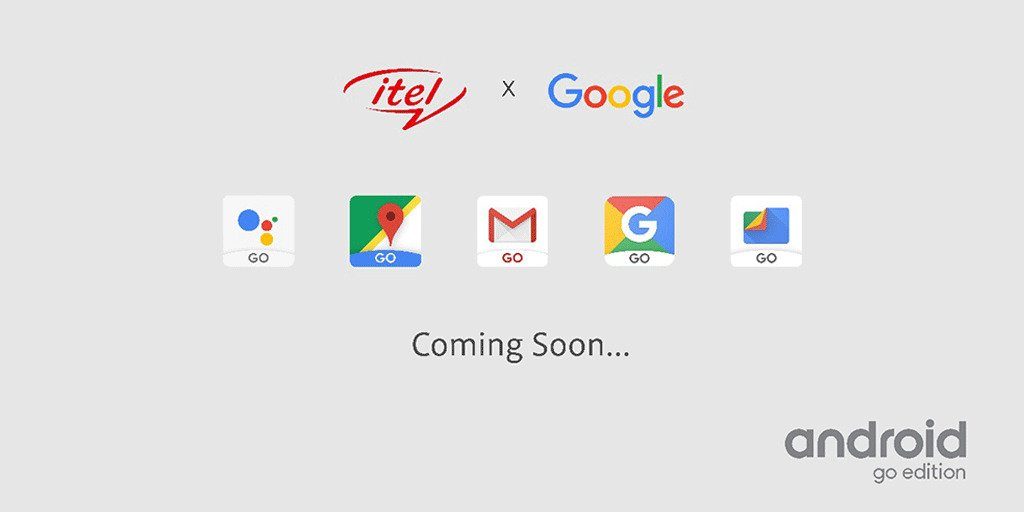 Now, Itel Mobile, a leading global provider of mobile devices has announced that they have partnered with Google and will be launching new series of smartphones that will run on Android Oreo (Go edition) operating system in the coming months.

Unlike regular Android Operating system, The new Android Go edition has been optimized in such a way that average app is 15% faster on the new OS, pre-installed apps take 50% less space and it absolutely take care of background apps exhausting your data as it auto turn on data saver by default that’s why the OS is pre-loaded with Google Go, Youtube Go, Google Maps Go and Co. which have smaller app size and also help to consume less space. In addition, many of them can come up with a focus on offline functions or a reduction in data consumption.

Android Go on future Itel smartphones will help the brand to deliver smooth and fast experience devices with just 1GB of RAM or less which simply means that you may experience low or no lagging in the coming Itel Smartphones that will run on Android Go operating system.

Share
Facebook
Twitter
Pinterest
WhatsApp
Previous article
Buy the cheapest MTN Data plans from us: N600 For 1GB, 2GB for N1,200 and more
Next article
How to check your BVN on phones with USSD codes – Airtel, Glo, MTN, 9Mobile