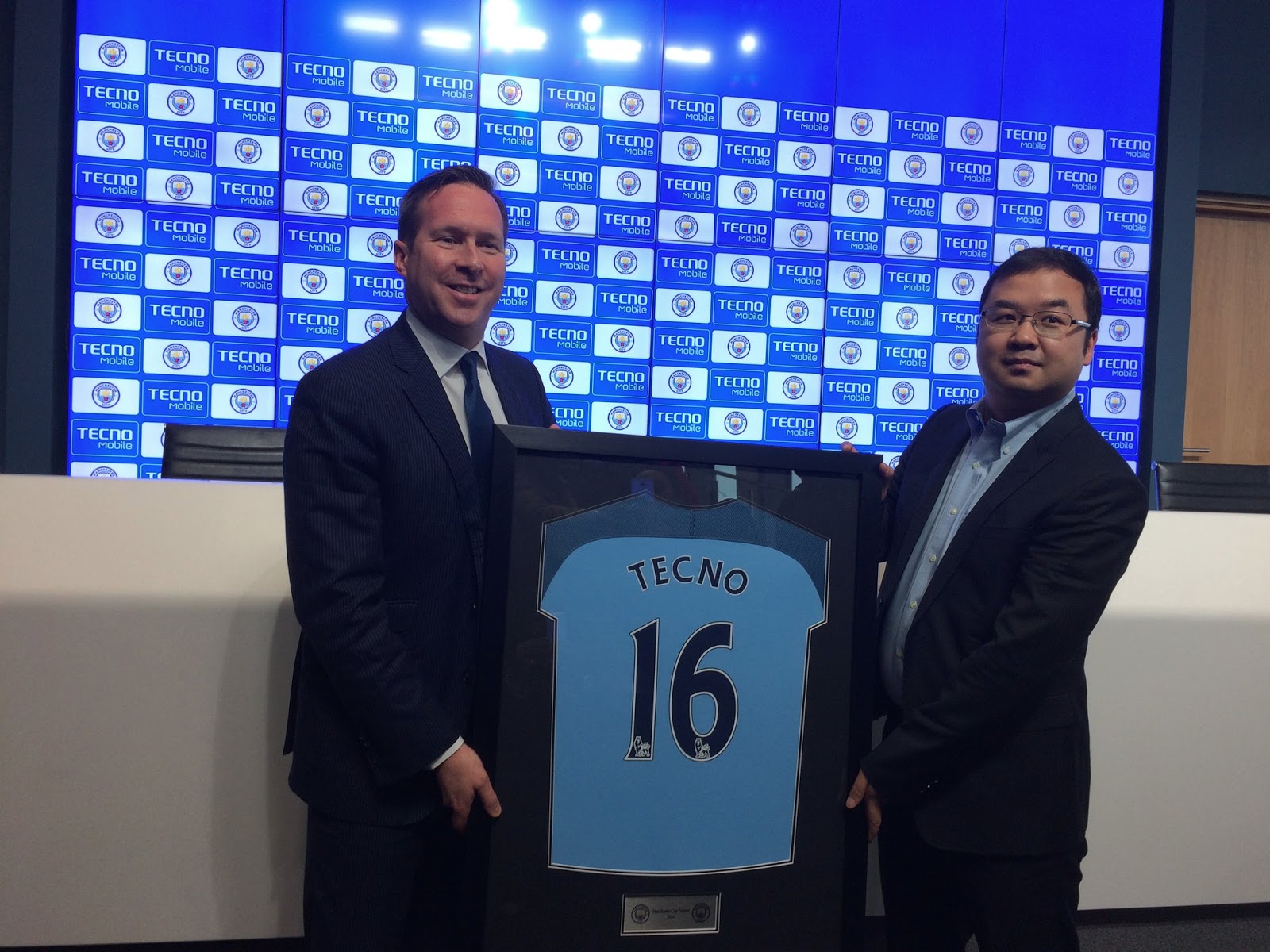 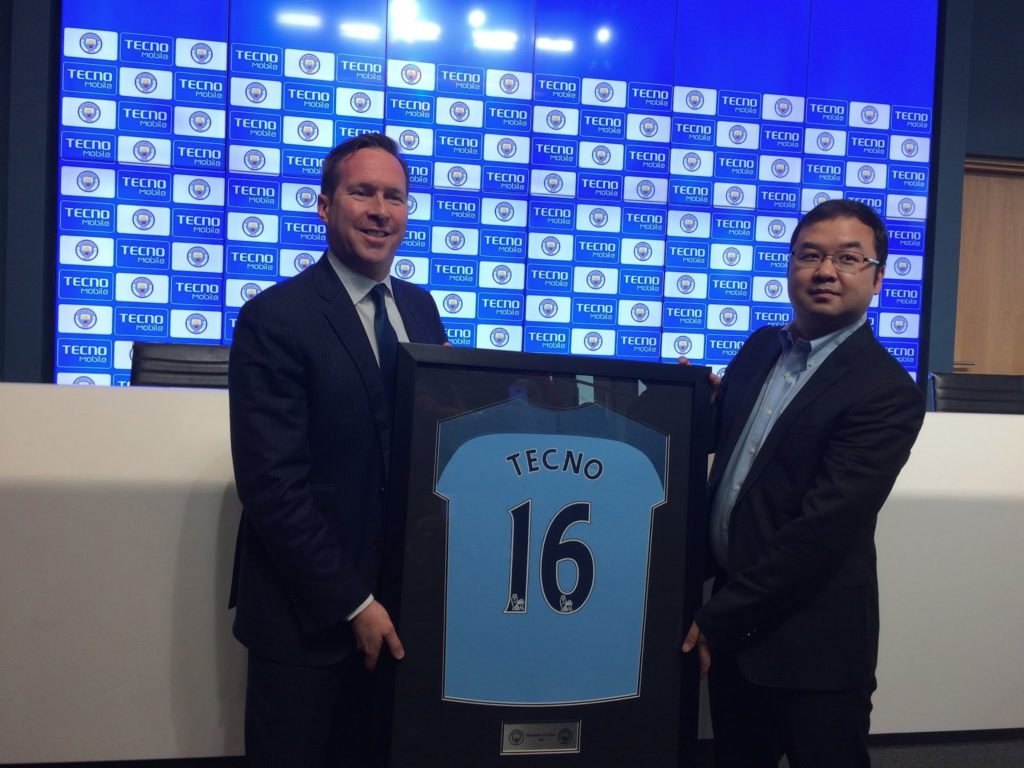 Our partnership launch with @ManCity is starting now! Stay tuned for the live tweets! #TECNOxManCity pic.twitter.com/hecbAO12lv

Yes!!, Tecno Mobile is now officially partner with the premier league’s Manchester City Football Club to become the Official Tablet and Handset Partner of the club.

A customized gift Phantom 6 Plus from TECNO to @ManCity. The Phantom 6 plus looks stunning with the Manchester City logo! ☺ #TECNOxManCity pic.twitter.com/JejCOcqAtf

We are delighted to welcome TECNO Mobile to Manchester
City’s growing repertoire of global partners. Its global focus coupled
with a commitment to each of its local markets reflects our ethos and we
look forward to working with them to connect with Manchester City’s
global fan base.” Share on Facebook Share on Twitter Tom Glick, Chief
Commercial Officer for City Football Group, receives a customized
Phantom 6 Plus from TECNO Mobile’s GM, Stephen Ha. Stephen Ha, General
Manager of TECNO Mobile

This partnership will open the door for Tecno Mobile to compete with the likes of giant Samsung, HTC, Xiaomi, iPhone and others. Tecno Mobile is finally crawling to bigger places.